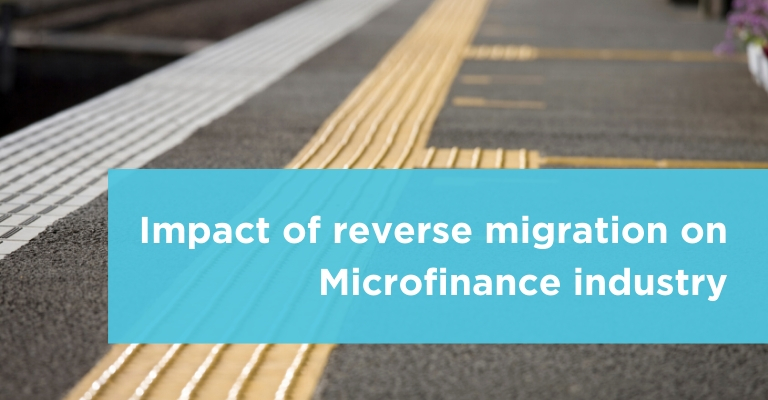 India’s national lock-down announced on March 22, 2020 following the COVID-19 outbreak highlighted the desolate plight of internal migrant workers, who constitute around 30% of the total workforce of around 500 million. Due to the suddenness of the lockdown announcement, the workers were stuck at various parts of the country waiting to return home, thronging bus and railway stations, and often eventually undertaking the journey on foot due to there being no alternative options being available. Taking cognizance of this situation, the Government of India took several measures for the return of these migrant workers to their home destinations, such as State Governments arranging for bus services, which are estimated to have transferred about 5 million migrant workers during April 2020; and over 3,200 “shramik” trains arranged in May 2020, sponsored by the Central and State Governments, which are estimated to have transferred another 5 million inter-state migrant workers. While these are the official numbers for transfer facilitated by the Government, it is estimated that about 20-25 million workers – which forms 15-20% of total migrant workforce – would also have migrated to their hometowns during the lockdown by various other means. The pattern of reverse migration has been distinctly unidirectional, i.e., from the relatively economically progressive states in the Western and Southern parts of India to the relatively less developed Eastern parts of the country.

In this note, we assess the migration pattern in the country, its economic impact on the households and the overlap of the migrant households with microfinance borrowers to estimate the impact on the industry.

While a large part of the migration in India is contributed by women shifting homes after marriage, as per the Economic Survey of India in 2017, the total work-related internal migration was estimated to be over 100 million. This estimate is significantly higher than the number reported by the Census 2011, as the survey is said to have captured the seasonal migrant population more accurately by studying the railway flow.  India’s migrant workers – depending on the duration of their work – can be categorized into the following four categories:

Permanent migration is largely a  or urban-to-urban phenomenon and usually occurs among the economically well-off segments of the society. The semi-permanent migrants on the other hand comprise skilled and semi-skilled workers who migrate to urban centres to earn extra living for the better part of their adulthood. They usually migrate with or without their families and stay in rented premises. The commuter population is the workforce residing in areas falling outside municipality limits, catering to the consumption demand of the surrounding economic centres.

The most vulnerable segment among migrant workers is the seasonal migratory population, and this segment is expected to be the most impacted due to the recent reverse migration trend triggered by COVID-19 lockdown. This segment has historically been dominated by men but over the past decade has witnessed sizeable female participation as well, particularly migrating to states such as West Bengal or Kerala for employment in tea/coffee gardens, and to states such as Punjab and Haryana benefitted by the Green Revolution, for agri-labour. This worker segment mostly originates from the Central and Eastern parts of the country in the states of Bihar, Uttar Pradesh, Odisha, Madhya Pradesh, Jharkhand and Chhattisgarh, which are characterized by fragmented landholdings, higher densities of population, larger number of small & marginal farmers and a greater dependence on rain-fed crop. The workers typically migrate during November-December months after the Kharif harvest season and return in the May-June period before the Kharif sowing season. Approximately a third of the seasonal migrants in India are employed in the construction sector, a fifth in agriculture activities and a sixth in the manufacturing2 sector.

The North-eastern parts of the country constitute the key migration corridor with 54 districts in India contributing to 50% of overall migration3, and out of these, 44 districts4 being in the states of Bihar and Uttar Pradesh.

ECONOMIC IMPACT OF MIGRATION ON HOUSEHOLDS

The Economic Survey of India, 2016-17 estimated the total remittance from migrant workers in India to be about INR 1.5 trillion. The study also highlighted that while the permanent and semi-permanent migratory population contributes to a higher share of internal remittances and results in upward economic mobility of households, earnings of the seasonal migratory workers largely go towards meeting their own sustenance. As mentioned above, seasonal migrants reside in districts which have higher density of population and fragmented landholdings, and therefore the households are unable to sustain on agricultural income alone. These are largely unskilled workforce who migrate to economic centres as contract labours to earn extra livelihood.

1Urban is defined as metros, district centers and areas under municipality limits

The microfinance industry has a rural focus with 75% of the total portfolio being based in rural regions and caters largely to customers with owned houses. The share of rented customers is relatively low (< 20%) for rural-focused microfinance players while it may be higher for urban-focused microfinance players. Approximately 55% of the loans are given to households for agriculture and allied activities while the rest are for services (tailoring, parlour shops), trading (grocery shops, fish/flower trading) and other activities (carpentry, masonry, etc.).

As per our estimate, the share of migrant population among the rural microfinance borrowers tends to be low as loans are largely given to borrowers with owned houses. However, there could be some overlap at the household level for rural microfinance borrowers, as the spouse of such borrower could belong to the migrant worker segment – permanent, semi-permanent, seasonal or commuter in nature. Our analysis at the household level indicates that the extent of this overlap is often higher with the commuter and semi-permanent segment. The share of households with the co-borrower being a seasonal migrant is fairly low as they often move along with their family and usually migrate for sustenance. The cash flows of households that are dependent on the remittance income of the spouse will be impacted by the reverse migration however they generally have other income streams which are largely essential in nature to support during the lockdown phase. The seasonal migrants are expected to return to urban regions in the November-December period only once the Kharif harvest season is complete. The higher MGNREGA allocation by the Central Government and IMD forecast of a normal monsoon will augur well to support the livelihood of seasonal migrants at rural regions during the interim period.

The overlap with migrant workers is estimated to be higher for the urban microfinance borrowers. While lending to urban microfinance customers living in rented homes, the underwriting is done keeping in mind the longevity of their stay with preference given to customers who have resided at the current location for at least 2-3 years. Therefore, the overlap of the borrowers is likely to be with semi-permanent migrants who are skilled or semi-skilled workers and earning enough to afford the high overhead cost at urban locations and support a family.

The impact of reverse migration is expected to be high for urban centric microfinance players who have sizeable share of rented borrowers. However, this impact is expected to be largely short term in nature, as these borrowers are expected to return to their locations of employment due to lack of opportunities in their hometown, once the economic activity picks up. The moratorium would therefore provide a relief to such borrowers who have lost their livelihoods temporarily, however, the risk of default due to moral hazard, amidst possible rumours on loan waiver, cannot be ignored. Therefore, we expect collection efficiencies for urban centric microfinance players to be muted during the moratorium period due to a higher share of borrowers opting for it. Lenders to such borrowers will have to maintain higher share of liquidity in the short term and raise capital in the medium term to cushion their balance sheets against the potential risk of moral hazard.

Rural centric microfinance players are expected to be largely unaffected as most of them do not lend to rented profile of borrowers. For rural centric microfinance players, the reverse migration is expected to affect households which are dependent on remittance incomes, however that share is not more than 10% for rural households which contributes to 30% of their consumption1 and therefore the overall impact is expected to be contained.

To conclude, reverse migration is largely expected to be a temporary phenomenon for most of the skilled migrant labour and we do not foresee any severe disruptions at the industry level due to its rural focus, occurring on account of the same.

1 Sagarika Dey, ‘Impact of Remittances on Poverty at Origin’, Migration and Development 4 (2) (2015) 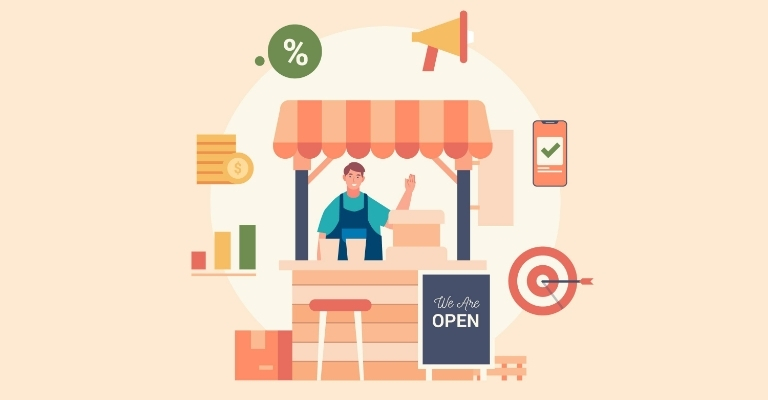 Impact of Covid 2.0 on MSME NBFCs